Like a lot of teens of my generation, I discovered the novels of Kurt Vonnegut like a breath of fresh air apart from the assigned readings in my school. Vonnegut wrote what even he described as “trash” fiction, but he peppered his books with matter of fact recounting of historical events, some of which were based on facts and a lot of which were just snarky imagination. The book that made him famous was Slaughterhouse 5 which was full of both dark humor and bits of hope, as well as very frank exposés of how corrupt and hypocritical that people are, while reassuring readers that it didn’t really matter much because we’re all pretty messed up.

Though 50 years have passed since I read his work, I remember his account of the invention of the photograph in the early 19th century being followed up by an assistant to the inventor being arrested for trying to sell photographs of a woman having sex with a pony. Like any good fiction writer, Vonnegut gave specific names and places to the alleged arrest of André Le Fèvre, in the Tuileries Gardens, even though there is no historical reference to such an event.

No one, and least of all me, believes that viewing child porn is a victimless crime. There is a point of origin and those who produce these videos are worse even than what Kurt Vonnegut’s trashy imagination could cook up. But the people who accidentally find themselves wandering around these dark pages of the web, rarely know when they have crossed a boundary from what might be thought of as normal curiosity into a universe that is inherently evil. By the way, did all of you who saw the Blue Lagoon get up and walk out when you saw what it was about, or did you watch the whole movie?

But what happens to tens of thousands of young men like my friend’s son, is a 15 year sentence and a lifetime on a sex offender registry that governs where they can live, what kind of work they can do, and even what kind of assistance they can receive for education or job training. 99% of offenders are men. 83% are white. Only 5% have ever had sexual contact with a child. 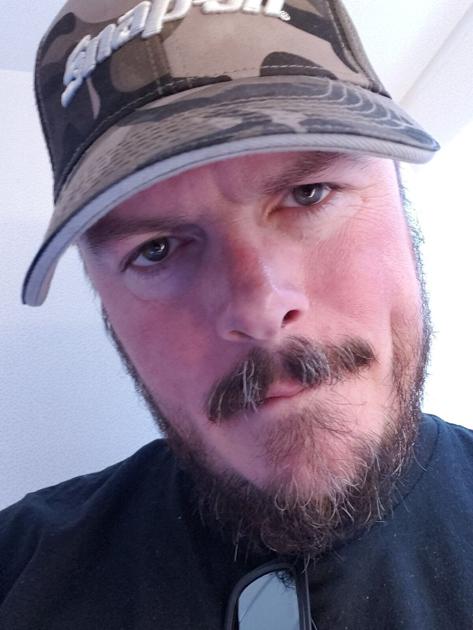 April 18, 2021
We welcome a lively discussion with all view points - keeping in mind...
ACSOL, including but not limited to its board members and agents, does not provide legal advice on this website.  In addition, ACSOL warns that those who provide comments on this website may or may not be legal professionals on whose advice one can reasonably rely.
Subscribe
19 Comments
Inline Feedbacks
View all comments
steve

Excellent article. Pornography can become an addiction. Although there are groups that can help people with sexual addictions, some are not very welcoming to people on the registry. Often people who have committed crimes can trigger those who were abused as children or those who have managed to avoid detection. That is one reason ASCOL has been so helpful.

@aero1 Ya know…it may be helpful when posting an opinion such as you did above, to identify yourself in some way to the group, with respect to your own offense, assuming there is one. It would then not come off as being ‘preachy’ (which, my friend, it does). Sometimes, those who preach at others typically do so as a way of making themselves feel somehow better about themselves (“At least I am not as bad as THOSE people”), while at the same time serving to hide or conceal from others that part of themselves of which they feel most ashamed.… Read more »

The person is a troll. They have been posting here for a while now and always steer their comments towards degrading those whom the article targets while making no reference to their own offense. Pay them no mind. It has happened here before. Some only come here to make the rest of us feel like lesser people. Seems to increase their self worth in their own eyes.

If I may correct you, pornography has been around since before the birth of Christ. Chinese, Hindu, Greeks and other cultures have portrayed sexual situations, some involving teen boys, in art, literature and music. It is woven into the fabric of the human condition. The difference is now we try to profit from it. And like drugs, if a profit can’t be made, then we criminalize it. As for your righteous condemnation of CP offenders, this is nothing new to your comments. I would go so far as to say you are a troll that comments on here to demean… Read more »

Decent article with some good points and a couple of flaws too. The debate about whether pornography itself can be addictive is still ongoing. Regardless of where any lay person currently falls on the spectrum of pornography being addictive just be aware of which sources people use to support their beliefs and what biases those sources bring to their findings. If nothing else researchers do agree that pornography can disrupt people’s lives. The exact draw for each individual might be different enough that in fact pornography itself isn’t the issue, but one or more specific elements easily accessible via the… Read more »

Thanks for your detailed explanation of the different facets of CP. Human nature often tends to imagine the worst, and the same is true for CP. Ask the average person to define child pornography, and they won’t say nude pictures of girls/boys. The same is true for “sex offender.” People automatically assume a sex offender did something to kids, when they become “offenders” for looking at CP. As to whether sexual addiction doesn’t exist–an addict has a specific dopamine biofeedback loop, whether it be alcohol, drugs, food, or food. At some point that cycle takes over and controls that person’s… Read more »

A couple points of clarification: 1. No expert worth their credentials will argue that sex and pornography can’t be problematic for some people. The debate subject is whether or not sex and/or pornography are the cause of the trouble or symptoms of other issues. Even individuals with little to no trouble can utilize sex and pornography as an escape from something else. Depending on who is conducting research and what methods they are using can skew conclusions in a variety of ways that may not be representative of reality. Up to one point brain activity in people who think they… Read more »

You don’t call being called a felon and spending the next 30 years of your life as being held responsible? Just like a sex offender can be anyone who looked at CP to had contact, there are different levels of CP. The law says even nude children in non-sexual situations is CP.
And what kind of help? Few therapists work with offenders and most therapists don’t take insurance. How is a person who is on the registry and struggles to find a job be able to shell out $125 a week for therapy?

Yes, and a lot of what the law labels as CP is not what the general population thinks it is. People read a person was charged with child pornography, and they do not think nude pictures.

This comment! Yes. Most people think the worst of the worst. Not to mention a news source will report “the perpetrator had thousands of images.” When in reality it can be a few videos. A detective can take a 3 minute video and turn it into hundreds of still images and report it as that. Look I’ll be honest and most won’t believe. I know what I masturbated to. I know what I took pleasure in and I feel guilty every day. But I also know it’s not what everything thinks I did or what they may say it is.… Read more »

ALL OF YOU ON THIS STRING,
Take a read of your state’s DOC, DPS Codes and\ or statutes reference.
WI SEC 301.00 Department of Corrections
301.10 Purpose : To prevents physical attack…..and the cause of……
https://docs.legis.wisconsin.gov/archive/law