Officials with the Florida Department of Corrections plan to almost
completely digitize mail sent to state prisons by photocopying every
card, letter or picture and providing it instead electronically to
incarcerated people — a change that families and prison reform
advocates argue could create more hurdles for maintaining connections
with people in prison, as well as add additional burdens and costs to
them and their loved ones.

The plan, which was announced this week in detail, would not only
eliminate incarcerated people’s access to physical mail but also
greatly limit the number of pages someone could mail inside at one
time and extend the time in which officials have to provide someone’s
mail.

“To institute a policy that hurts those individuals and further
alienates them from the people in the free world, … it’s something we
just can’t understand and get behind,” said Seth Miller, the executive
director of Innocence Project of Florida. “We should be trying to
build up [an incarcerated person’s] humanity and dignity, and not tear
it apart.”

While the rule change, if implemented, will not affect legal mail —
which is how Miller and his team typically interact with their clients
in prison — he said the change could make it more difficult to
maintain relationships with loved ones outside of prison, which
studies have shown is especially important for someone’s success upon
their release from prison.

According to the rule, any routine mail sent to prisoners will be
processed and reviewed by a third-party vendor, which will then scan
in the content to electronically provide via tablets or shared
“kiosks” to people in prison. Although recipients can reprint the
photocopied letter or photo, it’s at a cost: 25 cents per page, or $1
for a page in color, according to the agency’s contract with JPay,
Inc., which currently provides the tablets.

“This is using normal communications between people in prison and
their family members, that both help them maintain their humanity and
dignity, and now charging people extra money,” Miller said. “We should
not be charging them to save a letter from their mother. …This is
dehumanizing and it’s completely unnecessary.”

The proposed rule change, which can still be revised after a public
hearing, does not affect outgoing mail from prisons, though does
eliminate the option to send in a pre-stamped envelope for a response.
The Florida Department of Corrections did not respond to questions
from the Orlando Sentinel about why it decided to change the mail
process. But the rule proposal said its purpose is to “increase the
safety and security of inmates and staff,” and said the rule “updates
the regular routine mail process to make it consistent with the
electronic routine mail process.”

Pennsylvania instituted a similar change in 2018, also drawing concern
and outrage from families, but its corrections leaders have defended
the new process as a way to minimize drugs smuggled in through the
mail. Other local jails across the nation, including Seminole County’s
lockup two years ago, have instituted similar changes, and the federal
Bureau of Prisons also recently started testing out a similar process
to provide mail digitally.

Both Pennsylvania and BOP officials have cited recent upticks in drugs
and overdose deaths inside prison, but it’s unclear how frequently
those incidents have been tied to the mail. Florida’s corrections
officials did not respond to questions about how frequently drugs or
contraband are currently found in the mail.

While Denise Rock, the executive director of Florida Cares advocacy
group, understands there are security concerns with mail, she said
there must be another way than completely eliminating physical mail,
which she’s heard can be such a lifeline to people in prison: holding
a note from a loved one, touching their handwriting, even smelling the
paper or sleeping with a family photo.

“You’re not going to get your kids handwritten drawings anymore, and I
think that’s super important,” Rock said. “I worry about the
connectivity; that is taking away more connectivity.”

The proposed rule would also limit mail to what can fit in an envelope
with one stamp — typically less than five pages —when previously there
was no limit on the number of handwritten pages, and families could
additionally mail up to 15 pages of other printed pages, often sending
copies of puzzles, news articles or photographs, Rock said. Those
letters or mailings can help keep people distracted or hopeful when
they are fighting addiction, dealing with adversity, or staying sane
in solitary confinement, she said.

This proposal to change how incarcerated people receive mail comes
only a few months after the department proposed different new
restrictions on e-communications, or messages sent through the
prison’s pay-to-email service. That proposal, which was quietly
implemented in January, prohibits messages sent through the email
service that include pictures of news articles or requests that a
message be shared with someone else — which experts and families
worried could further limit access to independent information and
stifle whistleblowers. Breaking such rules puts people in prison at
risk of facing potential discipline.

It also follows a recent change to phone call prices, which many
families have said increased the costs of keeping in touch.

Don Stanton, whose son is currently incarcerated, said he understands
the prison system — which has faced staffing shortages and budget woes
for years — may be trying to save manpower by centralizing mail
processing, but he said the consequences are huge for families.

“It takes time and manpower. They’re looking at ways to save that but
at the price of human bonding between family?” Stanton said, who often
writes to his son as well as other people he helps mentor and counsel.

FDC did not respond to questions about how much they expect this
change could save or cost the agency, but the proposal said it does
not expect the change to directly or indirectly increase costs by more
than $200,000. It wasn’t clear if the switch to digital mail would
require any other initial or ongoing costs, since the plan was already
included in FDC’s ongoing contract with JPay, Inc.

“Using their tablets, it’s not the same as sending a letter,” Stanton
said, likening it to virtual or Zoom church compared to in-person. “It
takes away the little things.”

Karen Gates, who keeps in touch with her brother in prison, said the
proposed change could take away one of the few meaningful
communication options for families, especially those who live far away
and are unable to visit frequently.

“When they get mail, physical mail, they’re holding something that
someone took the time to send to them,” Gates said. “It’s like
physical contact with a loved one. … That means the world because he’s
holding it in his hand and I held it in my hand. … Emails are not
the same as getting something personal from someone.”

Gates and Rock said they worry how this change will affect older men
and women in prison — who are becoming a larger portion of the prison
population — and may not be as comfortable with technology, and also
question how the digital copy could diminish the quality of mail and
how digital storage space could become an issue.

“The only thing it’s going to do is cause inmate supporters more
aggravation and more money,” Gates said.

The proposed rule also gives corrections staff up to 72 hours for
processing mail, when currently the agency only has 48 hours.

“You’ve gone digital and yet you’re going to slow it down?” Rock said.
“All of this communication is important, … [yet] you’re limiting the
communication with the family or someone who cares deeply for them. …
The more invested they are the more likely the incarcerated person is
to succeed.”

FDC will hold a public hearing on the proposed rule change June 11 at 1 p.m. Eastern Time 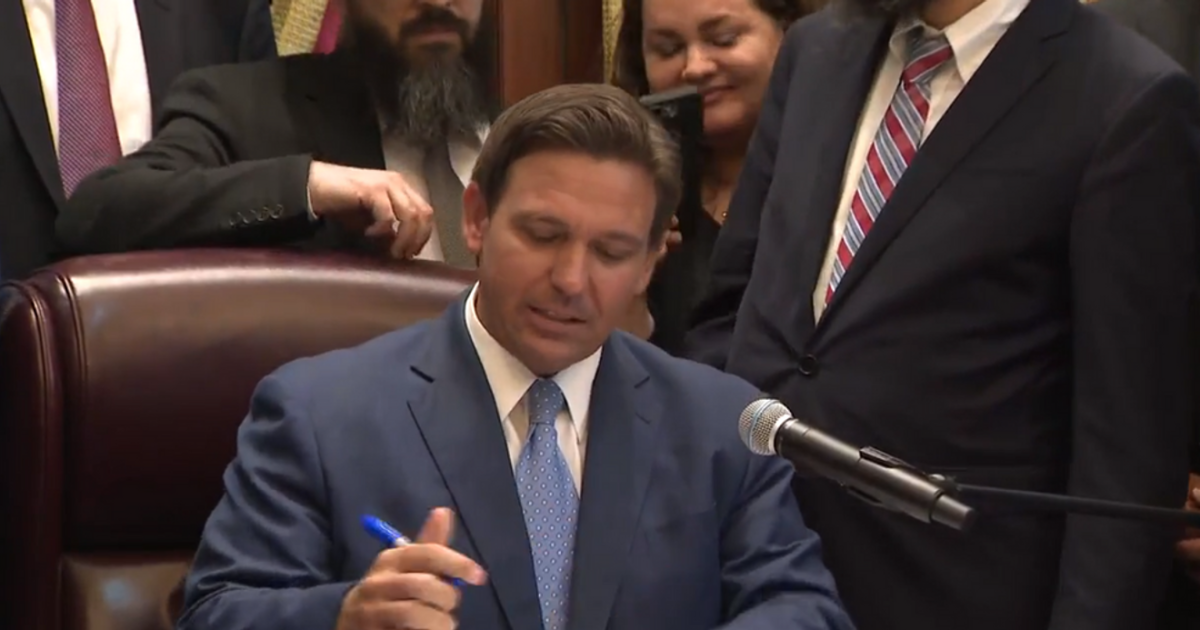 MD: Maryland’s Most Wanted – Kevin, convicted of a sex offense

AL: Gadsden person on the registry arrested for not carrying proper identification

June 21, 2021
We welcome a lively discussion with all view points - keeping in mind...
ACSOL, including but not limited to its board members and agents, does not provide legal advice on this website.  In addition, ACSOL warns that those who provide comments on this website may or may not be legal professionals on whose advice one can reasonably rely.
Subscribe
Login
6 Comments
Inline Feedbacks
View all comments
Bill

Florida just keeps finding ways to make living in that state more intolerable by the day.

USPS requests a postal rate hike from the Postal Regulatory Commission. This is Federal law and it could be, or should be, against Federal law to raise the rate or interfere in this way with the delivery of the mail except for security reasons only.

I would simply wait until this takes effect and then sue the ever living hell out of them.

This is contrary to everything I know about what can help a prisoner evolve and enjoy a successful life upon release.
During my 8 years “away,” mail was my lifeline to friends and family plus about 20 pen pals around the world. It was an enriching experience on several levels and, 30+ years later, I’m still in touch a few of them.
To take this away or make it so restrictive only makes sense if you look at it from a financial angle: draw up a list of things an inmate holds so dear he and his family will pay to maintain them. Regular communication with loved ones will be near the top just under food, water, oxygen and safety. Calculate a happy medium between profit margin and financial pain threshold inmates/loved ones are willing to bear and charge that.
Kudos to the third-party vendor who invented this scheme and salesperson who sold it to the Florida government. You could sell water to a drowning man and gasoline to those on fire. Hopefully you or your loved ones won’t be victimized by the paroled malcontents you helped create. Otherwise, well done.

Mail and visits are literally what protected me on the inside. When people saw that I wrote out and others were writing to me they left me the heck alone. I had friends and relatives just rip out a page from the newspaper and send it to me and I told them I would pay them back for the stamps if they really wanted. I am wondering if this could also be grounds for an appeal by an impoverished person from a sentence of incarceration because it would cut him or her off from the outside and inhibit rehabilitation among other things.

If you stole someone’s letters out of their mailbox and read, and then posted those letters online, seems there would be some kind of federal penalty. This seems like the same thing. Personal mail, read by either prison staff or a third party company( you know they do it), then scanned into computers where they are vulnerable to hacking and being distributed who knows where on the internet. Puts not only inmates but those writing to them at risk. Who comes up with these ridiculous ideas?