NARSOL‘s educational and inspiring webcast will be this Saturday, June 19th, from 8:00 AM until 3:00 PM Pacific Standard Time (PST). Be sure to sign up today and take advantage of this opportunity to learn about building your advocacy toolkit from experienced civil rights advocates. Then hear from two seasoned state legislators who will help us better understand the lawmaking process and which lobbying strategies work best to get our message heard.

It is easy to join the webcast. Instructions will be provided before the start time and people will be standing by, ready to assist anyone experiencing problems. We are looking forward to seeing you there.

Moderator: David L. Garlock
David L. Garlock is a successful returning citizen, reentry professional, and criminal justice reform advocate. Granted parole after serving 13 years of a 25-year sentence for murdering his abuser in 2000, David obtained his bachelor’s degree from Eastern University and began his advocacy career. In addition to other advocacy roles, he is the co-chair of the Lancaster County Reentry Coalition, a member of the Pennsylvania Reentry Council, and is on the NARSOL Board of Directors.

Maddison Stallman
Madison Stallman is a legal extern with the Federal Defender Service of Wisconsin where she assists clients charged with violating SORNA in the Western District of Wisconsin. A 2L law student at the University of Wisconsin, she is currently working on two publications relevant to registration. She is a former volunteer with Minnesota’s Circles of Support and Accountability–an organization within MNDOC that works with incarcerated and recently paroled individuals with sexual offenses.

Tammy Johnson
Tammy Johnson has over twenty-five years of experience working in criminal justice, social services, and reentry.  After graduating from North State College, her first position was at a treatment facility for adults convicted of sexual offenses in 1997, the same year that Ohio’s public registry was first introduced. Her subsequent positions were all working with registry-related issues; she has conducted hundreds of risk assessments and interviews of both incarcerated and returning citizens. She is a persuasive advocate, energetic volunteer, and a former member of the NARSOL Board of Directors.

Jeremy Burnworth
Jeremy Burnworth is the Executive Director of ReviveUP, a nonprofit organization that provides entrepreneurial training, resources, and advocacy for underserved communities, particularly returning citizens. He wrote and taught an extensive business curriculum to hundreds of men in Federal prison. He also consults for myriad organizations including the Revival Brand of Companies, a company which is notable for using an ‘open hiring’ model to employ and train people who are burdened with criminal records.

Randall Hayes
Randall Hayes is the legislative director for the Pennsylvania Association for Rational Sexual Offense Laws (PARSOL), a nonprofit organization that advocates for evidence-based approaches to sexual offense policy and sexual abuse prevention. A citizen-lobbyist, Randall also serves as a chapter leader for March on Harrisburg, a citizens’ group dedicated to eliminating the undue influence of money over the state legislature and advocating for pro-democracy reforms.

Daniel Swern
Daniel Swern is the founder and producing director for coLAB Arts, which engages artists, social advocates, and communities to create transformative new works in theater, dance, and visual art. He is currently producing and directing three verbatim theater projects, including two collaborations with Elizabeth Weill-Greenberg. He is the owner of Smugbug Productions. Daniel also teaches graduate level Creative Engagement at both Rutgers University and the Mason Gross School of the Arts. His webcast session will include collaborators from coLAB Arts.

Moderator: Cindy Prizio
Cindy Prizio is the cofounder of One Standard of Justice, a Connecticut civil rights advocacy group and NARSOL affiliate organization working for rational laws and public policies related to the sexual offense registry. She is an outspoken and effective citizen lobbyist who advocates for trauma-informed restorative justice and is working to bring a pilot program to her state as an alternative to the criminal legal system. Her other advocacy efforts include lobbying, aiding with litigation, and providing educational webinars. The latest in that series will be broadcast on June 22 and is entitled, “Politics v. Science and Public Safety; Is there Common Ground?”

Senator Gary Winfield (CT)
Senator Gary Winfield is a five-term senator who has been serving in the Connecticut Senate since February 28, 2014. Prior to his time in the state senate, Senator Winfield served an unprecedented three terms in the Connecticut House of Representatives, terms which were marked by passage of the state’s repeal of the death penalty, a transgender civil rights bill, an education equity bill, and campaign finance reform legislation. As a state senator, Senator Winfield has been an outspoken and instrumental leader in helping to reshape conversations surrounding criminal justice, juvenile justice, and immigration policy.

Former Representative and Senator Daniel Kagan (CO)
Daniel Kagan served eight years (2009-2017) in the Colorado House of Representatives, where he was either a member of or chair of the House Judiciary Committee and two years (2017-2019) in the Colorado State Senate, where he was Ranking Member of the Senate Judiciary Committee. The son of Lithuanian Jews who met in a Nazi concentration camp, Daniel emigrated to the US from England in the seventies and became a citizen in the eighties. Prior to his stint as an elected official, he worked in various blue-collar jobs, as a military flight instructor, criminal defense lawyer, and businessman. After retiring from public service, Daniel became a lobbyist for Colorado Advocates for Change, a NARSOL affiliate organization working to achieve positive change in the 2021 re-authorization bill for the Colorado Sex Offender Management Board. 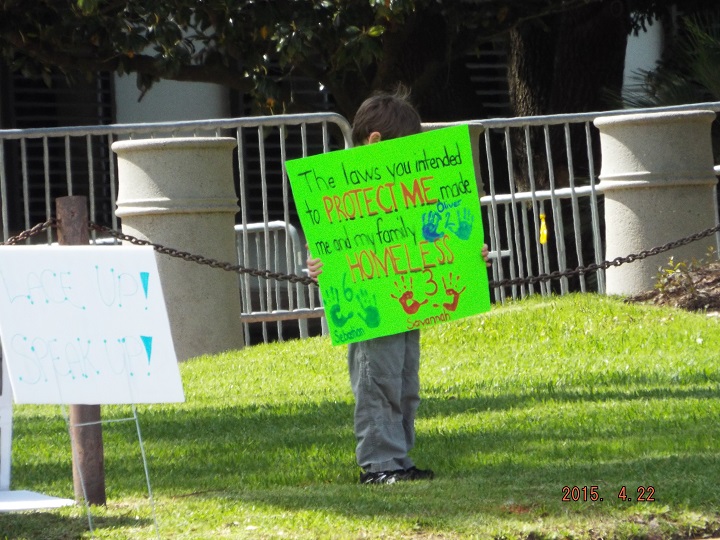 W.A.R. Meeting Oct 12: Professor Ellman will share the results of their Frightening and High research

September 20, 2021
We welcome a lively discussion with all view points - keeping in mind...
ACSOL, including but not limited to its board members and agents, does not provide legal advice on this website.  In addition, ACSOL warns that those who provide comments on this website may or may not be legal professionals on whose advice one can reasonably rely.
Subscribe
Login
0 Comments
Inline Feedbacks
View all comments