Most parents, like Patrisha Mongeon, were disturbed to learn that the students engaged in a sex act and recorded it.

“It’s really scary. My daughter goes here and she’s at the age where these things start happening. I was hoping to wait a little longer before these types of explicit conversations were had in my household,” Mongeon said.

A source tells CBS46 that the two students performed a sex act in a bathroom during school hours. The school district sent the following statement.

“Atlanta Public Schools became aware recently of a video showing two Howard Middle School students engaged in a consensual sex act on school grounds. The students have been disciplined in accordance with the district’s code of conduct.”

“Well, I think it’s irresponsible from the people that are supposed to supervise these kids and where their location is at all times,” Parent Dan Villouta said.

APS went on to say, “Additionally, students have been warned that any sharing of the video will result in harsh disciplinary action as well. APS will continue to provide safe and secure learning and working environments for its students and staff.

“It can derail their future, just by talking about it and just by sharing it,” Mongeon said. “We definitely will be having a conversation later. It’s just the on-going struggle we have with our children as parents to help them stay as innocent as possible.”

An APS spokesperson said there is no indication that the video has been shared. Sharing the video would in essence be sharing child pornography. 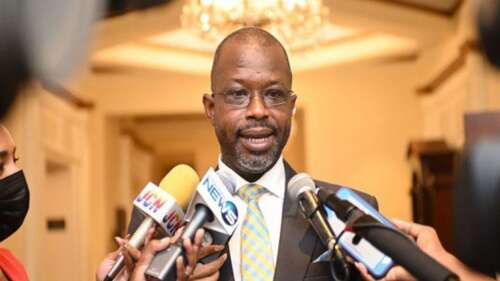 May 24, 2022
We welcome a lively discussion with all view points - keeping in mind...
ACSOL, including but not limited to its board members and agents, does not provide legal advice on this website.  In addition, ACSOL warns that those who provide comments on this website may or may not be legal professionals on whose advice one can reasonably rely.
Subscribe
Login
17 Comments
Inline Feedbacks
View all comments
webmaster

So sad. Will this be lifetime registration for all these middle school students who shared the cp video and the 3 that participated in making the video? Does production and distribution of cp get even longer sentences than possession? Did these students have any clue that this simple act could be the end of any hope of a productive life in the USA? Do they and their parents even realize that yet?

So glad there’s a registry that protects kids from doing things like this.

Will their future DLs be marked possibly?

Wait…. When did a sex act by anyone under the age of consent become “consensual”? Something smells fishy in Seattle. Put these two hooligans on the list they are both guilty of statutory rape and compelling a sex act by a minor.

“An APS spokesperson said there is no indication that the video has been shared. Sharing the video would in essence be sharing child pornography.”
—–
No, not “in essence,” **IS.** It’s called distribution and since it more likely than not would be over the Internet, there’s nothing but prosecutorial discretion as to whether it’s federal charges.

BTW, who gave prosecutors discretion which laws are allowed to be broken and by whom and which are not?

@ AJ: And them making the video is, unequivocally, “production of child pornography”.

I hope information of this incident (without names, of course) gets broadcast widely among all K-12 schools so kids can be warned of the very possible consequences.

Sadly, each child involved could easily be convicted registered as sex offenders. 😩
(Can you even imagine how mandated “S.O. treatment/therapy” would permanently scar these kids??😩)
And because their offenses involved a minor (including themselves), the could each be doomed to having an IML unique identifier passport.😩

“Well, I think it’s irresponsible from the people that are supposed to supervise these kids and where their location is at all times,” Parent Dan Villouta said.
And here we have a parent passing responsibility from themselves for teaching their kids responsible actions and their kids for knowing basic common sense.
Will teachers now be put on the registry for being on the same campus as promiscuous children?

No one was shot, stabbed, bullied, or otherwise physically assaulted. A consensual sex act is hardly the most disturbing thing that has happened in a school bathroom. Filming the act was not smart, but still.