The Senate Judiciary Committee will hold a hearing on a bill Monday.

Nearly eight years ago, Bucks County resident Steve Gordon left state prison after completing a 10-year sentence for sexually assaulting a woman, but he was not quite a free man.

His conviction for aggravated indecent sexual assault meant that Pennsylvania State Police would be keeping tabs on him for another decade.

A little more than five years ago, though, Gordon, now 71, suddenly had state police monitoring him for the rest of his life, after state lawmakers replaced the previous Megan’s Law with a new tougher federal version.

Then, last year, the Pennsylvania Supreme Court ruled that the Adam Walsh Act cannot be applied to individuals convicted before the law took effect on Dec. 20, 2012. But the high court did not provide any guidance for how the decision should be applied or what happens to the offenders retroactively added to the registry.

Now Pennsylvania lawmakers have proposed another overhaul of the sex offender law to prevent thousands of the roughly 22,000 ex-sex offenders currently on the Megan’s Law registry from being removed, including roughly half of the 500 Megan’s Law offenders in Bucks County. House lawmakers unanimously passed the bill in December and the Senate Judiciary Committee will hold a hearing on it Monday.

The proposed legislation would turn back the clock for ex-offenders convicted before the 2012 law took effect, but still require they finish any original registration obligation under the old version of Megan’s Law, which was either 10 years or a lifetime. The bill also would loosen some burdensome requirements including giving offenders with lifetime registration obligations the ability to get off the registry. 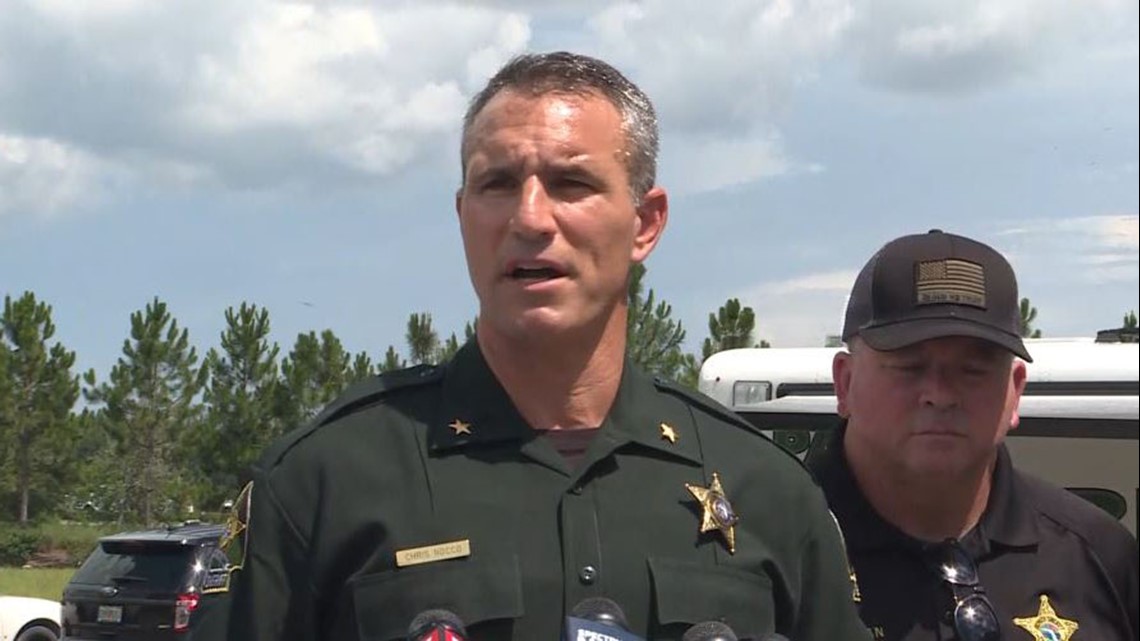 UK: The knock that tears families apart: ‘They were at the door, telling me he had accessed indecent images of children’

July 27, 2021
We welcome a lively discussion with all view points - keeping in mind...
ACSOL, including but not limited to its board members and agents, does not provide legal advice on this website.  In addition, ACSOL warns that those who provide comments on this website may or may not be legal professionals on whose advice one can reasonably rely.
Subscribe
Login
27 Comments
Inline Feedbacks
View all comments
Jack

Well that’s not in keeping with the 6th’s circuit’s ruling. Unconstitutional. Lawsuits will be filed.

Pennsylvania is not in the 6th Circuit, so Does v Snyder is not precedent there. It might be useful to cite in any case filed in PA whenever it can be used to support an argument against the state, but PA courts are not bound by it.

To add here, PA is in the 3rd Circuit based in Philly.

“Slightly less stupid” is apparently the gold standard for state lawmakers (pick a state) these days.

How does a nation pass laws so quickly that is not constitutional or sound ? Why is this legal system a obstacle course from hell to overthrow corrupt and erroneous facts and statistics, where are all the professionals I.e Sociologists, pyscologists etc, that are in positions to prevent unjust passages of laws and mandates and horrible civil liabilities to citizens? Where are the gate keepers of the constitution ? Why do people wait for all out political, or Outrageous abuses along with scandalous absurd enactments pushed on defenseless people? Are we asking the right questions and attacking the problems with the right solutions I.e. lawsuits and social reforms ? What think tanks are working and or established now ? Why do others in power not see we the abused in this sex offender fight have the right to be empowered and given new and really useful groups, organizations, protections, law firms and governing powers access to interviews and closed sessions with powerful people and why can’t people see the registered are blocked from conversing with each other ? Why is no one giving help, money and opening to ex sex offenders ? IF THEY REALLY ARE SUPPORTING US AND WORKING FOR US AND DEFENDING US AND WANT JUSTICE FOR US …..ETC ETC ? Speaking for ex offenders !!!

@Trish
I’ll tell you where they are, their hiding in their closets because they don’t want to looses their reputation or face embarrassment or be called out for giving the truth about sex offender true ricidavism and statistics, they don’t want to loose their 6 figure salaries, just like they got what , 288 yes votes and 0 No votes, because their a bunch of pussies because they can’t stand up and say this is how I feel because their scared little bitches, excuse my speech miss but they are.

America seems to have lost its way. We have a judicial system that arrests men/woman and files so many charges against them to plead “guilty” or do life in prison. 95% of guilty pleas are obtained without a trial. Americans are serving sentences that are not just or accurate. We have judges sentencing Americans to unprecedented length of time in prisons alienating them from family. We have prisons that are not safe, healthy or productive in rehabilitation. Crime is big business and our judicial system seem to be profiting the most with high paying jobs, government benefits and early retirement. America has more citizens in prison than any other country in the world. Too sad! Punitive actions continue after prison with fines and back child support. Recidivism rate is 1 – 4 %, lowest of most crimes.

Police can monitor serious sex offenders with a private registry that will allow man & woman an opportunity for a second chance. Destroying a person by posting them on the internet, announces their crimes at their workplace and neighborhood only undermines their opportunities to become productive citizens after time served. We all have skeletons in our closets. How would you like your skeleton posted on the internet or announced in the neighborhood or workplace? Our esteemed government officials that have passed such stringent laws either use taxpayers money to pay off an accuser or resign from politics and enjoy their lucrative retirement package, again at tax payers expense. Abuse is wrong no matter which end of the spectrum you are on. It is time for justice for all with integrity and compassion. Lord Jesus have mercy on America!

It seems some with political careers are not even attempting to hide their unconstitutional intent. SCOTUS upheld ex post registration because:

A. Laws are presumed constitutional when passed by duly elected.
B. The intent was stated civil.
C. Registration itself forced non affirmative disability or restraint.
D. The indenture was mainly administrative.
E. Did not resemble punishments like P&P as SOR agents may not interfere with movement and registrants were at liberty to live and work where they wished.

The problem with this course is the people wonder why act like criminals its just that WE FOLLOW OUR LEADERSHIP!

I would add to that it is easier for the said legislature to do that because the citizenry does not read the Constitution, Bill of Rights, etc anymore in school or elsewhere to know when they’re being played. They truly become sheeple when it becomes accepted practice to violate the Constitution and no one cares enough to battle that effort.

TS,
Agreed, the people ignore the constitution prohibitions the same way they ignore the national debt issues that have rendered our nation nearly bankrupted. The press plays along as acknowledging the constitutional crisis would impact their bottom line. The people would rather hear about sex and sexual assault than boring financial issues.

For this registrant the most important thing brought on by MEGANS LAW and its prodigy is the unfettered use of electronic databases to affect political security. Domestic electronic surveillance and the collection of metadata on every AMERICAN, criminal, felons or not is underway. There can be no justification in collecting biometric data from the law abiding, yet it is occurring everyday at the NSAs complex in Utah., as well as the FBIs database in Manassas, VA.

LEOs find themselves stuck in the middle between corrupt political parties on one side and corrupt citizens on the other.

LEO s like PSP are pushing the same crap The progeny of any law will meet its maker soon enough when we reach critical mass End the Fed go green backers!

I once read a poll that suggested 25% of Americans either have not read and/or do not understand the Constitution. It comes of no surprise to me considering who currently is sitting in the White House.

I’m herewith recommending a Constitutional Amendment to require any proposed law to explicitly state what part of the Constitution allows it. I don’t know that this would stop everything, but it would at least make the boneheads stop and think a second or two. I’m tired of legislators, nationwide, passing laws as fast as they can, as they wish, Constitution be damned.

Wow thanks AJ for your recommendation do you think they adopt it as law seeing how you’re recommending it?

you’re doing it again by being a condescending bad apple…

Please create your own PA board and take your apple with you.

@Paul 2:
Nope, but I’m humbled you hold me, and my thoughts, in such high esteem that you think it could happen. Thanks, dude!

Now if only others on here agreed…oh wait, never mind.

I would like to see that, too. Perhaps a Constitutional Amendment to ensure that all proposed legislation must be evaluated for constitutionality within an existing or new court of review. Plus, we need to start imposing criminal penalties on lawmakers who fail to ensure constitutionality. That should slow ’em down.

I’m totally onboard for pushing for something like that to hold lawmakers to a higher standard and promote constitutional laws!

Does it not strike anyone as to why it was not required long long ago ! Without someone saying wait the Heeeell a moment ! These are people you are binding with this new law ! Are you violating Constitutional, Civil and other documents without proper review from multiple sources and clearances for accuracy and legality?
This is ASTONISHING, that nothing is said or done to prevent such madness! ! !

Trish they have a habit of using a cow town DA to justify the Muster Aaron Marcus destroyed them but they ignored that and his suggestion to have a council to help change how we deal with everything they don’t care. I am hoping some good reporters jump all over this.

“To allow potentially dangerous sex offenders to escape registration, as the (Supreme Court) decision provides, does not move the Commonwealth forward,” he wrote in a co-sponsorship memo. “Indeed, the decision is a step backward in terms of the safety and security of the Commonwealth’s citizens.”

Potentially dangerous sex offenders? That is one of the reasons the PASC ruled against the Commonwealth in Muniz — the presumption that because someone was convicted of a particular enumerated offense is enough to presume he will reoffend [irrebutable presumption doctrine].

I hope the legal community is paying attention to people like Aaron Zappia and Senate Judiciary Chairman Stewart Greenleaf (R) so they can use their words against them in the next lawsuit. Knowing the intent of the legislature is important.

Well said, Always be mindful the District Attorney’s Association writes these Bills. GreenLeaf and the Prime Sponsor Dimasco are not running for reelection. Wolfe is, so it will be signed and obviously challenged by those oppressed by it.

Add Alabama to shit hole states like Florida and PA.

Steve PA is making progress there are 3-5k coming off reg soon The only Shit whole States I know of are California, NY and Florida I hear CA is going to be giving out $500 pay checks for people for doing nothing does this include all the illegals and tent city people they give sanctuary to. LOL Ill be back