Nowhere is this better shown than in a 2015 legal opinion in which Harris ordered the California Department of Corrections and Rehabilitation to stop enforcing residency restrictions that prohibited sex offenders from living within 2,000 feet of schools and parks.

Harris’ decision resulted in the undoing of a key provision of Jessica’s Law, an anti-sex offender law that a majority of Californians supported in a statewide referendum, the Washington Free Beacon reported.

Jessica’s Law was named after a 9-year-old girl, Jessica Lunsford, who was abducted from her home, raped and murdered by a convicted sex offender who lived nearby.

“This unilateral decision by one politician not only goes against voters’ wishes, it puts children in harm’s way,” Nielsen said in a statement.

“Taking this decision and applying it to every county in the state is a risky and unnecessary leap beyond what the court opined and one I believe far exceeds the AG’s authority,” he added.

Do you think the establishment media will cover Harris’ record on sex crimes?
“State corrections officials should review each case and impose the strictest conditions warranted to ensure public safety.”

George Runner, a former state senator and one of the sponsors for the ballot initiative for Jessica’s Law, also condemned Harris’ decision.

“The head law enforcement officer in California was more concerned about protecting the rights of sex offenders than she was of parents and children,” Runner told the Free Beacon.

This is far from the only example of Harris letting sex offenders off the hook. 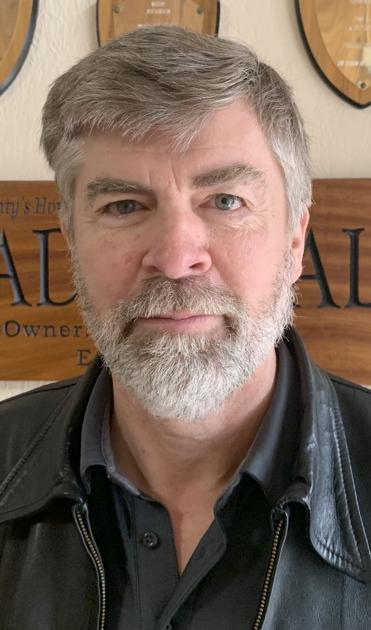 June 9, 2021
We welcome a lively discussion with all view points - keeping in mind...
ACSOL, including but not limited to its board members and agents, does not provide legal advice on this website.  In addition, ACSOL warns that those who provide comments on this website may or may not be legal professionals on whose advice one can reasonably rely.
Subscribe
Login
26 Comments
Inline Feedbacks
View all comments
G4Change

Oh brother, here we go with the mud slinging!
Um, maybe she stopped enforcing the residency restrictions because they are unconstitutional???

Exactly! And would lead to increased homelessness.

0
Reply
James I
Reply to  G4Change

No, not mud slinging at all…this is a simple outright lie…mean to deceive the foolish and those of lame thinking abilities.

Should anyone repeat this to you, please tell them they do not have sufficient intelligence to be alive…and wave you hand in front of them to see if they are not actually a potted plant.

This reprieve in residency restrictions was won for us by Ms. Bellucci.

However, this lie alone should be sufficient reason to vote Biden/Harris (though I am not particularly fond of Ms. Harris)

From time to time a government official can look at a law and realize the law is not necessary. That’s all that happened here.

This “news” paper has Patriot in the title. That’s pretty much a dead give away that it’s trash.

0
Reply
Will Allen
Reply to  SR

Yep. They are the trashiest, most un-patriotic people there are.

America is just so full of trash today. Really pathetic.

Thats the kind of sensless, illogical blanket application of your opinion to a class of news. Im all for calling a paper out for pushing crap but let’s not be so hypocritical as to judge them all by a name. No?

So sex offenders were allowed to run amok the whole time Kamala Harris was the California AG?? For some reason, I don’t recall that at all. I guess I was too busy fighting for my rights. 🤔

This is an absolute lie. Kamala Harris was and continues to be a strong supporter of sex offender registration. Read the California registration cases that she was involved in. Kamala Harris is bad for sex offenders. I am voting for the Biden/Harris ticket in November not to support them but to dump trump.
#ByDon2020

Just out of curiosity, what difference would residence restrictions have made in the Lunsford case if they had been in effect at the time? Nothing I have read indicates that either Cousey or the Lunsfords lived within 2000 feet of a school, church, part, etc. Maybe they did – I don’t know.

Maybe I’m just thick-headed, but I don’t see how ANY of the obligations and restrictions imposed in Jessica’s name would have changed her unfortunate outcome.

@Dustin Exactly!!! None of these laws (not a single one) would prevent anything! Just ask Phil Garrido’s victim!

I kinda feel like it would be like a buffet for those bad guys to live near schools. Say they have a problem looking and messing with kids. You don’t think it would be better for them to live away from schools and such to not be put in the way of temptation?
I lived a county over from lil Jessica! It was the saddest thing ever that shook us and We live in the same town that Jennifer Odom was abducted too! Sad days.😢

A buffet? Really? A violator will do what they want regardless of this if they want.

Instead of basing laws on what you kinda feel it would be so refreshing to base them on facts.

1. Please tell us how many children have been abused in a park or school or daycare by someone who has a prior record AND who lives less than a 5 minute stroll from the aforementioned location. I dare you to find one (1), much less a “buffet” (seriously??).

2. The abduction of Jessica Lunsford did not take place in a school or park or daycare and therefore is irrelevant. Instead of creating useless laws it would have been much more helpful to follow up on the Child Pornography that was found on her father’s computer.

3. What Jennifer Odom has to do with this registry or certain individual’s residence near schools will be forever your secret. Sad!

So no, I don’t think it would be better to tell any citizen they cannot reside in the place of their choosing.

In closing, I kinda feel you are a hysterical, uneducated ninny.

I just did an admittedly perfunctory review of articles regarding the Jennifer Odum case. Nowhere did I see where any of the suspects lived within any particular distance of a school, park, or whatever else and consequently no plausible theory as to how the tragedy wouldn’t have occurred if they had simply resided somewhere else.

Oddly enough, after reviewing the most publicized cases, I have never run across one single instance where a new law or restriction imposed on prior offenders in the name of the unfortunate victims would have made a difference in the case that inspired it. If you (or anyone for that matter) can find one, please share it.

Sexual recidivism among registrants is already very rare and well documented, despite public opinion to the contrary. But when it does happen, where the accused resided or worked was never a factor. Even their status as a registrant is never known until after arrest. Again, if you know of an exception, please share it.

@Love , alleged bad guys ! stay in your lane don’t be such a crash dummy , do a little research . It sounds to me your trying to think like if “You” was the bad guy and what would be a buffet to you , and the one that really troubling is what is tempting to you ! Hope your not driving around smoking crack or drinking around schools

Registry supporters can’t handle the truth and never will accept that their beloved registry is useless.

Good ole Rep Chris Smith Republican from New Jersey introduced IML 8 years before it was signed into law. Both parties don’t have Americans best interest at heart and are sell outs to the highest bidder. Not trying to make this political yet this deals with decisions made by lawmakers, shouldn’t be used to divide us based on parties, but unite us in our Fight for liberty!!

“This is far from the only example of Harris letting sex offenders off the hook.”

Off the hook? Like slabs of meat in a locked walk-in freezer? Wow. He’s basically admitting the registry is meant to be punishment and retaliation.

Is anyone else sick and tired of the “sex offender” label being used as a political football? Oh, wait.. that’s all it’s ever been used as.

Oh, and that website is an right-wing propaganda extremist den.

Found the author and sent him a lengthy email. The only way to curb this altered reality is to slap the face of those doing the altering. These people need to be called out , or at least informed. Most have no idea what they are talking about. They seize on a popular subject to bash on a person from another political party. Most of the time they are preaching to the choir, but even that can have negative, even deadly consequences for registrants.

Wow what a mixed review or a review of whats to come. I hope ACSOL is not becoming the Enquire of gossip or who lets their right hand know what the left hand does. Sitting here nothings to do getting ready to send some paperwork to Janice and reviewing many views and comments would make one think a bit more about worrying.

Why worry does it bring another day on your life. Here my sister worries, even her husband has told me in the 48 years they have been married that she worries about the least thing. Sure we all worry at times about this registry and how its going to turn out. At times people can worry about the least things. I don’t even know why they actually gave me probation in sleezy type of ordeal.

Yes many view’s on here are great even James view of mudslinging, that’s my first name also. Sure we can all go with a but of christian view, a computer view, who’s going to win the next kentucky derby or how the Presidency goes and what happens when either biden or Trump steps in for the leader of the nation but who can predict. Well we all can pray that things change for the good

I hate to say it but my mom and dad are passed away and I’m under a gardainship of my sister and yes we have our times. Sibling rivalry. I can just image how tough it is on parents worrying about all this that their son or daughter are going thru even a lot of this discrimination attached to this registry ordeal.

One should have nothing against Ms. Harris. Words and actions in government will speak for themself. The bible says fear no evil but who entices…… Throws TP to Will Allen catch..

Kamala Harris is a strong woman I support her to the fullest extent and I could care less about what she did in the past yeah she might have slit a few throats along the way but whatever it takes to get to the top isn’t that’s the America way .
I just hope Hillary Clinton can control her appearance once she gains absolute power because yes she hates sexofenders with a passion especially ones with cases involving children I dont know what happened in her past or what’s currently going on in her personal life that makes her so determined to make sexofenders Public Enemy #1

George runner is still about hate and hysteria. Bless his pointed little head.