In the current political climate, keyboard warriors are out in full force: tossing rude insults, stigmatizing and labeling individuals, and posting adversarial disagreements to almost every social media post that crosses my desk. I recently stumbled across a Facebook post that advocated letters and petition-signing in the hopes of banning those required to register for a sex offense from yet another venue in life. A little more Facebook digging and I found numerous pages dedicated to labeling both convicted individuals and those only suspected of sex crimes. These pages (which do not violate Facebook’s Community Standards) are replete with hate, threats, and violence.

The reactions I read on this Facebook thread were similar to those I hear from students at the start of a semester of my Sex Crimes course. What the public repeatedly fails to understand is that someone required to register for a sex offense could be an individual who urinated in public in a school zone, a 20-year-old who had sexual relations with his 15-year-old girlfriend whom he later married, an individual caught viewing online child pornography, or an individual who kidnapped and raped a child (to name only a few). In their impact, these acts are extremely varied, yet each is under the umbrella term sex offender and this individual would be required to register.

Laws across the United States restrict where registrants can both reside and congregate, restrict participation in activities, restrict attendance at school functions for children or grandchildren, restrict travel both national and international, provide employment and licensure restrictions, provide designations on passports and driver’s licenses, allow for mandatory minimum sentences, and use a public registry to identify many individuals for life. Such legislation merely serves to create a public that feels safer; these laws do not empirically decrease sexual violence. But does that matter to most Americans?

The thread seeking to ban registrants from a sport venue was on a private Facebook group with 32,000 members. On average, a post on this page receives approximately 50–70 comments, with some posts receiving only a dozen comments. The thread in question continued to receive comments for well over a week, with a total of more than 1600 comments. The original poster elsewhere commented that: “It is NOT OKAY to mock or abuse people…It is NOT OKAY to be a bully…People need to start acting like civilized adults!” These suggestions apparently did not apply to this thread… 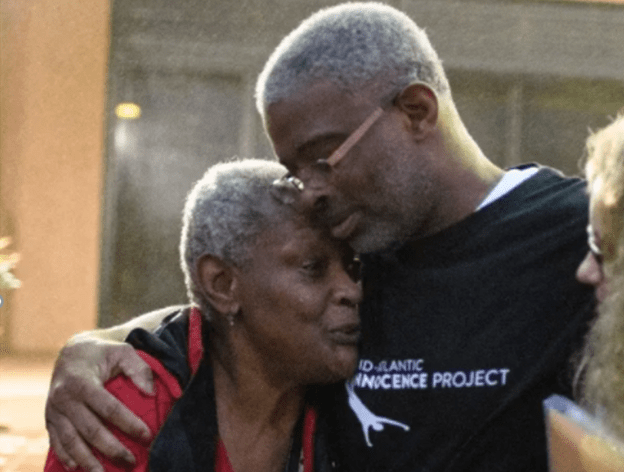 The Collateral Consequences of Exoneration

December 15, 2021
We welcome a lively discussion with all view points - keeping in mind...
ACSOL, including but not limited to its board members and agents, does not provide legal advice on this website.  In addition, ACSOL warns that those who provide comments on this website may or may not be legal professionals on whose advice one can reasonably rely.
Subscribe
Login
4 Comments
Inline Feedbacks
View all comments
totally against public registry

She has great attitude and outlook. She has definitely tried to educate these hate groups. Thanks to people like her to stand up for marginalized folks.

Senator Scott Weiner is getting a lot of hate and death threats right now due to his sponsorship of SB-145. He is one of very few elected officials willing to help registrants. Given he’s sticking out his neck to help registrants, the least we can do is show him support.

You can contact him via the state site here:
https://sd11.senate.ca.gov/contact

Please visit his social media and offer some kind and supportive words. I’m sure it would mean a lot to him even if you use an anonymous account:

Law makers aren’t making the laws, stupid emotional people are. The politicians feed the public with horror tales and then the law makers bend to the public. That will never change until someone smacks the system around and says “Stop it already!”

Or just let them keep building their system and simply choose not to comply.