A Valley man accused of running an Internet extortion racket was dealt a blow last month when a judge found he posted information on websites suggesting a decorated combat veteran with no criminal record was a child molester. 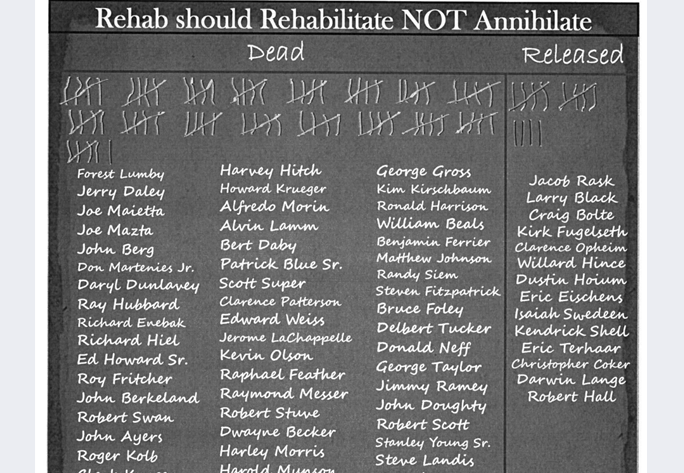 NE: James Fairbanks sentenced: 40–70 years in murder of person listed on the registry

CA: Dad tackles person convicted of sex offense who exposed himself in front of 5-year-old daughter

July 10, 2021
We welcome a lively discussion with all view points - keeping in mind...
ACSOL, including but not limited to its board members and agents, does not provide legal advice on this website.  In addition, ACSOL warns that those who provide comments on this website may or may not be legal professionals on whose advice one can reasonably rely.
Subscribe
Login
8 Comments
Inline Feedbacks
View all comments
JB

I’m definitely sensing a shift, as if the rule of law is slowly being restored.

“Let your life be a counter friction to stop the machine.” Henry David Thoreau.
As I see it a lot of people exerting even minor resistance to these injustices will, when taken together, be a major friction to wear down the machine. We are all like grains of sand getting in the gears. The more involved the greater the grit and the faster things will change for the better (or even really change). On the other hand, the fewer involved, the easier we make it on those who would like to clean us out of their evil contraptions. Grow CaRSOL.

Agreed on all points. I wonder when everyone will stop participating in compliance checks. I suppose most people aren’t aware that each time they renew their registration they have fulfilled all their legal requirements. Participation is voluntary. The more people submit to compliance checks the farther they will try to go. And the place they will try to get people to go to is jail.

Not recommending anyone try this, but what if all 100,000 RSO’s in California deliberately failed to comply with registration? Seems to me the courts would have a little bit of a crisis on their hands…

I think a better plan would be to have every registrant not on probation or parole refuse to participate in “compliance checks;” they wont have legal repercussions for that because all legal obligations are satisfied each time they update their information once a year. Nobody is required by law or mandate to participate in “compliance checks.” Failure to register will land anyone who tries in jail, further degrading their life, liberty, and ability to pursue happiness.

I would like to propose a year at the registrants choosing as the non participation in “compliance check” year. I say F – em and the horse they rode in on 🙂

And watch how fast 10,000 registrants get arrested and charged.

It’s about time, and the court needs to hammer hard!